Poet and educator Melvin B. Tolson inspired generations of students to stand up for equal rights and dignity.

Tolson was born in Missouri in 1900 and grew up in the Midwest. In 1924 he began teaching at the historically black Wiley College in Marshall, Texas. His students included James L. Farmer Jr., founder of the Congress of Racial Equality, and Heman Sweatt, who challenged the segregated University of Texas Law School.

A dedicated mentor, Tolson coached Wiley's debate team through an impressive ten-year winning streak. In 1935, they defeated the national champions from the University of Southern California. Under Jim Crow segregation, African Americans did not often meet elite white schools in competition, so the team's success symbolized progress and equality. The film The Great Debaters depicted this David-and-Goliath story with Tolson portrayed by Denzel Washington.

Tolson was also a brilliant and inventive poet, drawing upon both the western tradition and the distinctive rhythm and vernacular of the blues. His masterpiece Harlem Gallery chronicles, as he put it, black Americans' "New World odyssey, / from chattel to Esquire!" In 1947, the African nation of Liberia named him poet laureate.

President Lyndon Johnson invited Tolson to the White House in 1965 to present his latest poetry, a crowning achievement in his long and remarkable career. Tolson died the following year in Dallas.

For more about Melvin B. Tolson

The Library of Congress holds the papers of Melvin B. Tolson, which include correspondence, drafts of writings, speeches, research notes, audio recordings, and materials relating to Tolson's literary career, the Harlem Renaissance, and other aspects of African American art, literature, and culture.

The 2007 film The Great Debaters tells the story of the Wiley debate team of the 1920s and 1930s. The film replaces Wiley's USC opponent with Harvard but is otherwise closely modeled on events in East Texas during the Great Depression.

With new interest in Tolson stirred by The Great Debaters, Humanities Texas compiled a biographical article and materials related to his life, including audio of civil rights leader James Farmer discussing his former teacher.

In 2012, the e-magazine FlashPØint dedicated a full issue to Tolson that included not only a series of scholarly essays but also previously unpublished materials from Tolson's archive.

Tolson, Melvin B. Caviar and Cabbage: Selected Columns by Melvin B. Tolson from the Washington Tribune, 1937–1944. Edited by Robert M. Farnsworth. Columbia: University of Missouri Press, 1984. 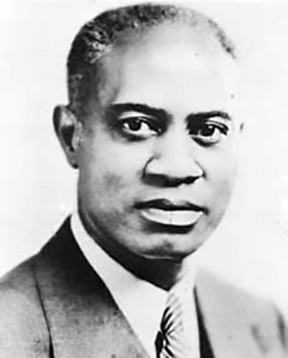