Poet, politician, and historian, Mirabeau B. Lamar is claimed by Texas, although he was a Georgia native and lived there for three decades.

Lamar served in the Georgia state senate and made two unsuccessful bids for Congress. In 1835, he followed his friend James Fannin to the Mexican province of Texas, where he fought in the war for independence from Mexico.

In 1838, Lamar became the second President of the Republic of Texas, inheriting a nation beset by problems that included a bankrupt treasury. Undaunted, Lamar promoted his vision of Texas as a prosperous, sprawling empire. Less admirably, his vision included the practice of slavery and excluded the presence of Native Americans. Lamar forced the Cherokees out of Texas and waged a costly war against the Comanche.

Many of Lamar's grandest projects failed and he vastly overspent public funds, but he is celebrated for having persuaded Congress to set aside public lands to fund Texas schools and universities—earning him the title "Father of Texas Education." Lamar famously wrote, "The cultivated mind is the guardian genius of democracy," a pronouncement that inspired the motto of The University of Texas.

In later years, Lamar served in the Second Texas Legislature and was an ambassador to Costa Rica and Nicaragua. He died in 1859 and is buried near his home in Richmond, Texas.

For More about Mirabeau Buonaparte Lamar

Mirabeau B. Lamar's extensive personal writings on the Republic of Texas remain a trove for historians. The Mirabeau B. Lamar Papers, 1825–1846, are held by the Dolph Briscoe Center for American History at The University of Texas at Austin. They include correspondence, a journal, poems, and a scrapbook and relate to Lamar's political, military, and personal activities.

The Mirabeau B. Lamar Papers, 1825–1938 (bulk: 1840–1861), are held by the Albert and Ethel Herzstein Library of the San Jacinto Museum of History. These include correspondence, financial and legal documents, printed materials, creative works, and photographs that document Lamar's life from his role as militia captain in 1825 to resolutions delivered after his death.

A digital version of Lamar's 1835 travel journal is available online from Rice University.

Siegel, Stanley. The Poet President of Texas: The Life of Mirabeau B. Lamar, President of the Republic of Texas. Austin: Jenkins Publishing Company, 1977. 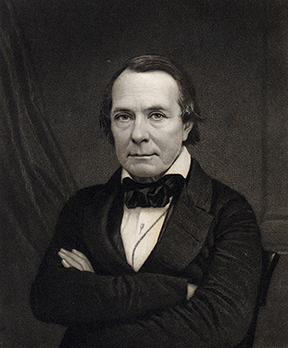 Portrait of Mirabeau B. Lamar. Image courtesy of the Texas State Library and Archives Commission. 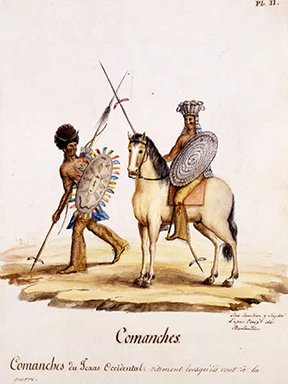