Folklorist and oral history pioneer Mody Boatright was no stranger to the tall tale. Raised in a West Texas ranching family in the early twentieth century, he was descended from pioneers, cattlemen, and merchants. He grew up immersed in stories of the Texas frontier.

Boatright served in World War I and earned his bachelor's degree from what is now West Texas A&M University. In 1922, he arrived at The University of Texas, where he ultimately earned his PhD. With the exception of one year in El Paso, Boatwright taught in Austin until his retirement in 1968.

In 1934, Boatright published his first book, Tall Tales from Texas Cow Camps, which gathered stories from his childhood and from his many students who were also raised on ranches. Boatwright also recorded the folklore of the Texas oilfields, presenting the hardworking drillers and roughnecks as the mythical figures of a new age in American industry.

Unlike other folklorists, who added literary flourishes to the tales they published, Boatright presented his stories in the unadorned voices of their original tellers.

Boatright was a fellow of the Texas Folklore Society and edited its annual publications. Following his death in 1970, his friend and colleague Américo Paredes described Boatright as "the most distinguished professional folklorist that Texas has produced."

For More about Mody Coggin Boatright

The Mody Coggin Boatright Papers, 1907–1978, are held by the Dolph Briscoe Center for American History at The University of Texas at Austin. The papers contain materials related to Boatright's career as a teacher, chairman of the UT English Department, secretary-editor of the Texas Folklore Society, fellow of the American Folklore Society, and member of numerous organizations. Other material relates to research on the oil industry and western history and folklore, as well as to his numerous publications.

Boatright first became active in the Texas Folklore Society in 1925, when noted folklorist J. Frank Dobie asked him to contribute a story to the Society's annual publication. Boatright coedited several publications with Dobie, eventually serving as secretary-editor of the Society. He was elected a fellow of the Society in 1968, an honor previously accorded to only three other individuals, including Dobie. 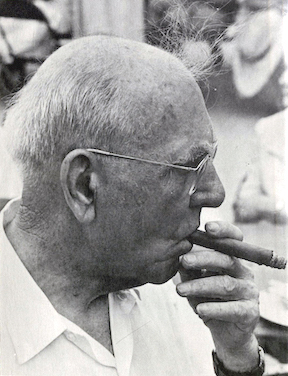