Moses Austin, the patriarch of Anglo settlement in Texas, died before his colonial dream became a reality.

Austin was born in Connecticut in 1761. As a young man, he opened dry goods stores in Philadelphia and Richmond. After winning the contract to roof the new Virginia capitol, Austin acquired the state's richest lead deposit and brought miners from England. In establishing the American lead industry, he became a wealthy man.

In 1798, Austin moved into the Spanish territory of Louisiana and founded the first Anglo settlement west of the Mississippi River at what is now Potosi, Missouri.

However, the economy of the early American republic was highly unstable, and by 1819, Austin found himself deeply in debt. Ever the schemer, he developed a plan to establish an American colony in Spanish Texas. In 1820, he traveled to San Antonio, where the Baron de Bastrop convinced the Spanish governor to approve Austin's plan. Austin soon received a land grant in what is now the state of Texas.

Austin contracted pneumonia on his return to Missouri and died two months later. Two days before his death, he called his wife to his sickbed and begged her to tell his son Stephen to take his place as leader of the Texas colony. It was left to Stephen F. Austin to fulfill his father's dream.

For More about Moses Austin

The Moses and Stephen F. Austin Papers (1676, 1765–1889) are at the Dolph Briscoe Center for American History at The University of Texas at Austin. They consist primarily of both men's personal and official records, documenting their colonization efforts, relations with the Mexican government, and eventual founding of the Republic of Texas. They also include correspondence, notes and lists, diaries, petitions, certificates, maps, field notes and surveys, broadsides, proclamations, inventories, financial and legal papers, land grants and deeds, reports, and newspaper clippings. 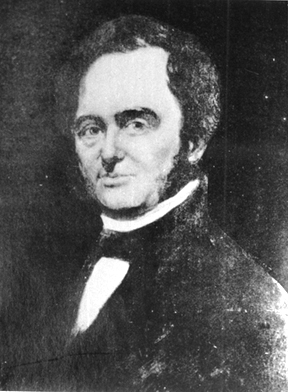 Portrait of Moses Austin made before his death in 1821. Image courtesy the Brazoria County Historical Museum. 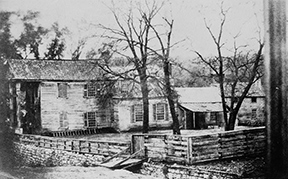