Cuney was the child of Adeline Stuart, a slave on a Hempstead plantation, and Stuart's owner, Philip Minor Cuney. At thirteen, Cuney's father freed him and sent him north for education.

Following the Civil War, Cuney returned to Texas, to the bustling port city of Galveston, then Texas's most cosmopolitan city. There, he steadily gained experience and political sway. Over the course of his career, he served as city alderman, collector of customs, and school inspector for Galveston County. In 1886 he was named the Republican Party's national committeeman from Texas.

Cuney used his education, political connections, and wealth to improve the lives of formerly enslaved people in Texas. He worked to establish and fund schools and colleges for black Texans and opposed segregation in public schools. He also helped organize and lead the African American Masons. In the 1880s, he helped black laborers loading cotton on the Galveston docks form their own union and fight for equal pay.

Cuney died in 1898, but is still remembered in Galveston, where the city's Wright Cuney Park stands as a monument to this extraordinary civic leader.

For More about Norris Wright Cuney

Galveston's Wright Cuney Park is at 718 41st Street, near the wharfs where Cuney helped black laborers organize for equal pay. 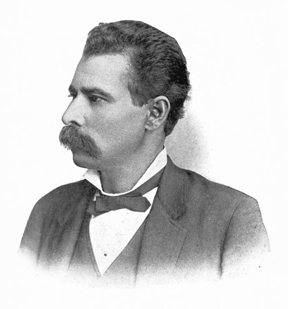 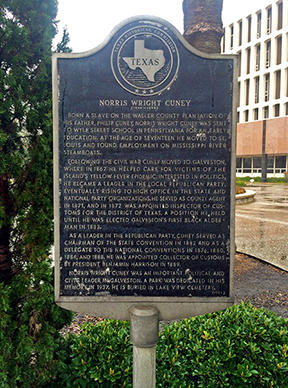