According to J. Frank Dobie, the writer and naturalist Roy Bedichek "liked to cook outdoors, eat outdoors, sleep outdoors, look and listen outdoors, [and] be at one . . . with the first bob-whiting at dawn."

Bedichek was born in 1878 and raised on a farm south of Waco, where he absorbed the sights, sounds, and rhythms of the blackland prairie.

He spent the majority of his professional career as director of the state's University Interscholastic League, which promotes academic and athletic competition in Texas public schools.

But Bedichek is best remembered for the books he wrote late in life. In 1946, at the age of sixty-eight, he spent nearly a year in seclusion at Friday Mountain Ranch, writing Adventures with a Texas Naturalist.

A classic of American nature writing, Bedichek's book—like Thoreau's Walden—mixes natural history with moral and philosophical speculation. The prose is crisp, unpretentious, and engaging. Bedichek views the world and the cosmos from his particular vantage point on the Edwards Plateau. In 1947, Dobie described the book as perhaps "the wisest and most civilized book that Texas has yet produced."

A bronze statue of Bedichek, Dobie, and the historian Walter Prescott Webb now stands at Austin's Barton Springs Pool, where the three friends spent many a hot summer afternoon. The statue is an especially fitting monument to Bedichek, who helped so many recognize the beauty and value of the state's natural treasures.

For More about Roy Bedichek

Bedichek dubbed the rock at Austin's Barton Springs Pool where he, Dobie, and Webb met on summer afternoons "Philosophers' Rock." In 1994, the Austin nonprofit Capital Area Statues commissioned the artist Glenna Goodacre to create a larger-than-life-size bronze sculpture of the three men engaged in conversation on Philosophers' Rock. That sculpture now sits under a pecan grove at the entrance to Barton Springs Pool.

The Roy Bedichek Papers, 1878–1959, are held by the Dolph Briscoe Center for American History at The University of Texas at Austin. The papers relate to Bedichek's professional life and studies of history, philosophy, ornithology, botany, wildlife, and conservation. 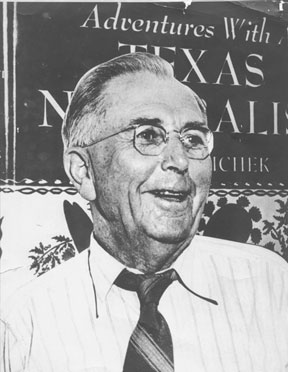 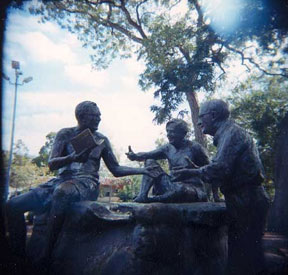 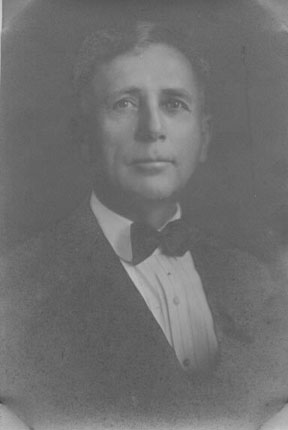