Russell Lee was one of the most acclaimed American photographers of the twentieth century. Born in Illinois in 1903, he lived half of his life in the Midwest, San Francisco, and New York, before finally settling in Austin.

Dissatisfied with a career in chemical engineering, Lee turned to painting, and then photography. He developed his distinctive style while documenting the effects of the Great Depression on rural communities for the Farm Security Administration. Lee's iconic images of ordinary Americans in extraordinary circumstances helped inspire the form now known as documentary photography.

By the time Lee settled in Austin, in 1947, his reputation as a photographer was well established. From his base in Texas, he continued to travel the world, recording subjects that ranged from the oil fields of Saudi Arabia to life in the distinct regions of Italy.

Lee also trained his lens on Texas. He photographed Spanish-speaking communities across the state and the political campaigns of Ralph Yarborough and Allan Shivers. Lee helped establish the photography program in the art department at The University of Texas, where he taught until his retirement.

Lee died in 1986, leaving a body of work that reveals the truth and dignity of his subjects. As one curator noted, "His essential compassion for the human condition shines forth in every image."

For more about Russell Lee

The Russell Lee Photograph Collection is held at the Dolph Briscoe Center for American History at The University of Texas at Austin. The collection mainly comprises Lee's work after 1946 and includes his Study of the Spanish-Speaking People of Texas (1949–1952), his Italy portfolio (1960), documentation of the campaigns of Ralph Yarborough, and other photographs taken in Texas and the Southwest.

The Briscoe Center has published online all of the photographic images shot and developed by Russell Lee for his Study of the Spanish-Speaking People of Texas, along with additional explanatory material and TEKS-aligned lesson plans.

The Humanities Texas traveling exhibitions program circulates Russell Lee Photographs, an exhibition by the Briscoe Center that offers a rare glimpse into the remarkable images Lee produced in 1935 and 1936 when he first took up a camera and goes on to highlight the vast body of important work that he produced from 1947 through 1977.

Curtis, Gregory. "Making the Best of It." Texas Monthly, September 1976.

Garver, Thomas H. Just Before the War: Urban America from 1935 to 1941 as Seen by Photographers of the Farm Security Administration. New York: October House Publishing, Inc., 1968.

Hurley, F. Jack "Russell Lee." Image: Journal of Photography and Motion Pictures of the International Museum of Photography at George Eastman House 16, no. 3 (1973): 1–32. 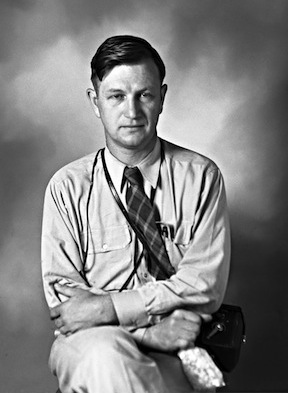