When Sarah T. Hughes arrived in Dallas as a young lawyer, in 1922, no firm would hire a woman. Nevertheless, as Hughes put it, she had "an ambition to do something for the state."

Although she is best known for administering the oath of office to Lyndon Johnson aboard Air Force One after John F. Kennedy's assassination, Hughes considered her 1930 election to the Texas Legislature to be her greatest accomplishment.

After serving three terms, Governor James Allred appointed her to the bench of Dallas's Fourteenth District Court, in 1935, making her the state's first female district judge. Although opponents proclaimed that she should be "home washing dishes," she was elected to the same post the following year.

Dismayed that women could not serve as jurors in the very courtroom over which she presided, Hughes played a key role in the passage of a 1954 amendment to the Texas constitution allowing women to serve on juries.

Hughes served six terms on the state bench and earned wide respect as a tough and exacting jurist. President Kennedy appointed her as the first female federal district judge in Texas, in 1961.

Over the course of a fifty-five-year career, Hughes championed equal rights and encouraged women to get involved in politics, illustrating her lifelong belief that "women can indeed be a force in history."

For More about Sarah Tilghman Hughes

The Judge Sarah T. Hughes Collection, 1910–1982, held by the University of North Texas Library, contains correspondence, minutes, notes, publications, and more, much of which documents Hughes's involvement in various women's and international organizations.

The transcript of historian Joe B. Frantz's 1968 interview with Hughes is available online through the LBJ Library's Oral History archives.

The Texas Observer has digitized Hughes's first-person account of administering the oath of office to Vice President Lyndon Baines Johnson after the assassination of President John F. Kennedy in 1963.

The November 2013 Humanities Texas e-newsletter included a series of excerpts from firsthand accounts of those who witnessed the assassination of President John F. Kennedy and Lyndon B. Johnson's assumption of the presidency. Sarah T. Hughes features prominently in many of the recollections. 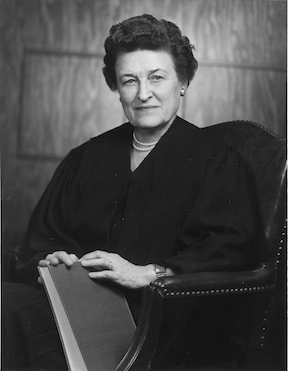 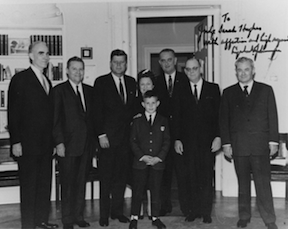 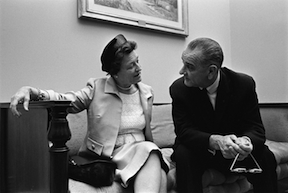