Stephen F. Austin wrote, "I have learned patience in the hard School of an Empresario." That was six years after Austin brought his first settlers to Texas. Colonizing Texas would become his life's work, but without his patience and years of sacrifice, Texas as we know it today might not exist.

Austin came to Texas in 1821 to continue his father's work. Moses Austin received permission to bring Anglo colonists into Spanish Texas but before his plan took shape, Moses Austin died. His dying wish was for his son Stephen to fulfill the dream. The opportunities he found were real and so were the challenges. The government of Mexico was in upheaval, the colonists were stubborn, and local Indians resisted Anglo settlements.

Despite this, Austin's colonies prospered. The new Texans began to resent the Mexican government. In 1834, Mexican officials arrested Austin, hoping to prevent a rebellion. It didn't work. Removing Austin’s moderating influence only aided settlers who favored a revolution. When Austin was released from prison, his patience had run out, and he promptly joined the fight for independence.

Austin died of pneumonia shortly after the war was won. "The Father of Texas is no more," declared President Sam Houston. Houston had been a political rival of Austin, but upon his death, he recognized the debt owed by all Texans to the state’s first empresario.

For More about Stephen F. Austin

The Texas State Library and Archives has an online exhibition dedicated to Austin featuring digital facsimiles of his letters and manuscripts.

The Moses and Stephen F. Austin papers, 1676, 1765–1889 are held at the Briscoe Center for American History at The University of Texas at Austin. Included is material related to the history and early peregrinations of the Austin family; their business activities; the pursuit of both Moses and Stephen F. Austin for permission to colonize and Stephen's management of the resulting colony; the events leading up to the Texas Revolution and then the Revolution itself; and the first few months of the Republic of Texas. 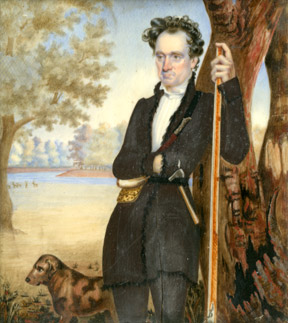 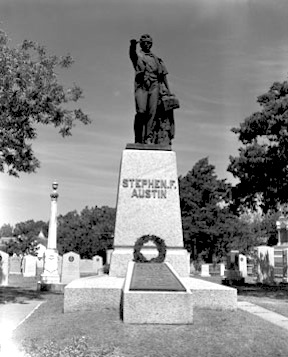 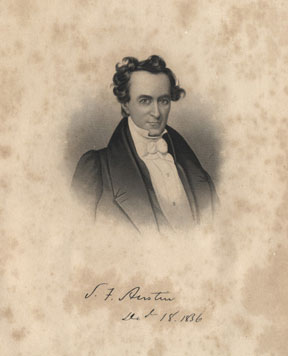