William Sydney Porter—better known by his pen name, O. Henry—was born in North Carolina and died in New York. But his sixteen years in Texas, from 1882 to 1898, made a lasting mark on his life and work.

In Texas, Porter developed an abiding love for the American West. He worked as a ranch hand, a pharmacist, a draftsman; edited his own newspaper; and met his wife. It was also in Texas where Porter was found guilty of embezzling funds from an Austin bank where he worked as a teller. He served three years in a federal prison before being released in 1901.

While behind bars, Porter began writing and selling short stories to major magazines under assumed names.

In those stories, Porter portrays the Lone Star state as a vast place with its own laws. The stories describe in rich detail the ranches, prairies, and settlements of South and Central Texas. Author J. Frank Dobie called Porter's story "The Last of the Troubadours" "the best range story in American fiction."

Today, critics place O. Henry among the lesser stars of literature, but his popularity as an author of short stories has rarely been equaled. The house where he stayed in San Antonio—saved from destruction by the San Antonio Conservation Society—sits at the corner of Laredo and Dolorosa streets. And his former Austin home, now the O. Henry Museum, attracts thousands of visitors annually.

For More about William Sydney Porter

In the Austin History Center's O. Henry Room, researchers and the general public can explore correspondence, albums, publications, photographs, paintings, and other materials related to Porter’s life and career.

The Texas State Capitol Visitors Center also has an O. Henry Room, where visitors can view an exhibition on Porter's life in Texas.

A number of O. Henry's writings are available online at no cost through Project Gutenberg. 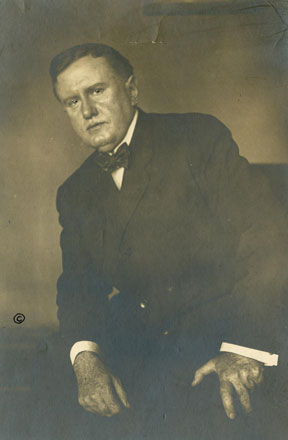 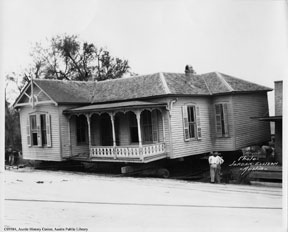 Moving the O. Henry house to its present location as the O. Henry Museum at 409 East 5th Street, 1934. Image courtesy of the Austin History Center. 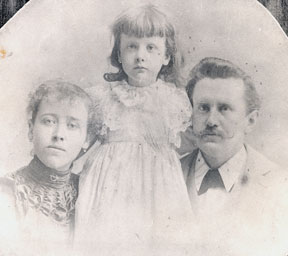