Coleman spent her childhood in Waxahachie, Texas. After moving to Chicago in her twenties, she heard thrilling stories about World War I pilots and decided she too wanted to fly.

Coleman returned to America and quickly became a sensation. Her daredevil feats in air shows captivated crowds and earned her the nickname "Brave Bessie."

An advocate for equal rights, Coleman encouraged young African Americans to fly. She dreamed of opening a Black aviation school and refused to participate in air shows that didn't allow Black people to attend.

In 1926, Coleman died in an accident while taking a test flight at a Florida air show. But her example remained a powerful inspiration for others. In 1929, a flying school for African Americans was founded in Coleman's honor in Los Angeles, ensuring her legacy as a pioneer in aviation and civil rights.

Today, you can find roads named for Bessie Coleman at airports in Chicago, Illinois; Oakland, California; Frankfurt, Germany; and Atlanta, Texas, the town where she was born.

For more about Bessie Coleman

Bessie Coleman's accomplishments are featured in the Barron Hilton Pioneers of Flight Gallery at the Smithsonian National Air and Space Museum in Washington, D.C. The museum's online exhibition "Pioneers of Flight" features Coleman along with other African American aviators, such as William J. Powell Jr., founder of the Bessie Smith Flying School, and the Tuskegee Airmen.

The Atlanta Historical Museum in Atlanta, Texas, features photos and artifacts from Coleman’s groundbreaking career as a pilot.

Bessie Coleman is featured in the PBS American Experience documentary "Fly Girls." The companion website to the film about early women aviators includes a biography of Coleman and a teacher's guide to the film.

Hart, Philip S. and Barbara O'Connor. Up in the Air: The Story of Bessie Coleman. Minneapolis: The Learner Publishing Group, 1996. 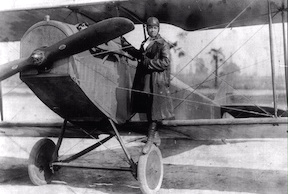 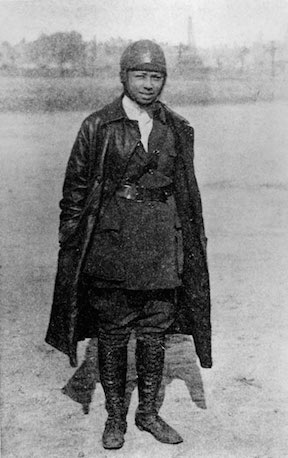