In 1925, an anonymous novel called The Wind spotlighted the West Texas town of Sweetwater. The Wind told the tragic tale of Letty Mason, a Virginian who moves to Sweetwater during the drought-stricken 1880s. By book's end, Letty has committed murder and suicide—driven in part by the relentless West Texas wind.

Reviewers praised the book for depicting the West with "cold truth." However, many Texas readers attacked The Wind—and argued that only a Yankee could have written it.

The Wind's author was revealed to be Dorothy Scarborough, a native Texan. She spent several childhood years in Sweetwater but lived most of her career in New York, yet all seven of her novels were set in Texas.

By the time Lillian Gish starred in the 1928 film version of The Wind, the story included a happy ending—and Sweetwater's Chamber of Commerce invited Scarborough back for a visit.

Dorothy Scarborough was also a respected folklorist. She called herself a "song catcher." She believed radio threatened the survival of folk songs, and she traveled around the Appalachian Mountains recording centuries-old ballads with a hand-powered Dictaphone. Scarborough believed these folk songs told stories about a community's values and its collective history.

Novelist, folklorist, a catcher of songs, Dorothy Scarborough took inspiration from America's regional cultures and, in doing so, preserved the creative expressions of ordinary people from times past.

For More about Dorothy Scarborough

Loggins, Vernon. "The Earth's Anguish." Review of The Wind. In Saturday Review, 1925. Dorothy Scarborough Vertical File I, Dolph Briscoe Center for American History, The University of Texas at Austin.

"Publishers Tell Who Wrote 'The Wind.'" Dallas News, circa 1926. Dorothy Scarborough Vertical File I, Dolph Briscoe Center for American History, The University of Texas at Austin.

Raymond, Virginia Marie. "The Wind in the Literary Creation of West Texas." Master’s report, The University of Texas at Austin, 2003.

Scarborough, Sheree. "Feminism in the Life and Work of Emily Dorothy Scarborough." Master’s thesis, The University of Texas at Austin, 1984. 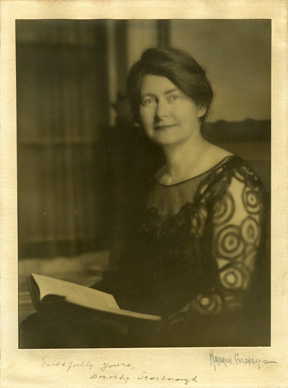 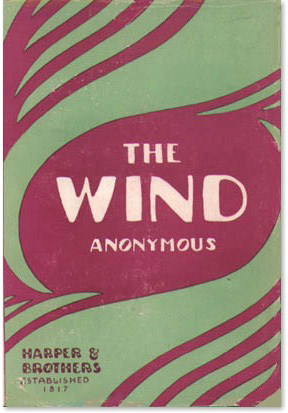