In the early 1880s, a young African American boy in Texarkana named Scott Joplin was trained in the fundamentals of classical music and opera by his German-born teacher. Born near Linden, Joplin was the son of a former slave—and a budding musical talent. By his early twenties, he left home to become an itinerant musician.

While living in St. Louis, Joplin encountered a kind of music that juxtaposed a steady, bouncing bass with a syncopated treble: "ragged time," or "ragtime." The music was played in saloons and brothels, and in Joplin's hands, it became high art.

In the late 1890s, Joplin settled in Sedalia, Missouri, where he studied music, performed, and began writing songs such as the "Maple Leaf Rag" and "The Entertainer." Ragtime was described as the "one true American music" of the day, and Joplin was its king.

Joplin spent his final years in New York City, seeking to produce his opera, Treemonisha. Discouraged and in declining health, he died in 1917.

In the 1970s, the world rediscovered Joplin. New recordings were issued. And his music featured prominently in the Hollywood film The Sting, which won an Academy Award for its score.

In 1976, Joplin received a posthumous Pulitzer Prize for his unique and lasting contributions to American popular song.

For More about Scott Joplin

Texarkana's Museum of Regional History features a variety of exhibits depicting the history of Northeast Texas from the time of the Caddo through the founding of Texarkana and beyond. Interactive exhibits explore the musical history of the region and focus specifically on Joplin's life and achievements.

The National Public Radio website has a story on Joplin's life and career, with links to recordings of the "Maple Leaf Rag" made from piano rolls released in 1916.

A mural depicting Joplin's life and accomplishments is on display in downtown Texarkana. The mural is on the south wall of the building at 311 Main Street, near the Perot Theatre. 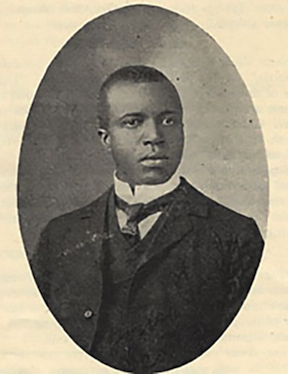 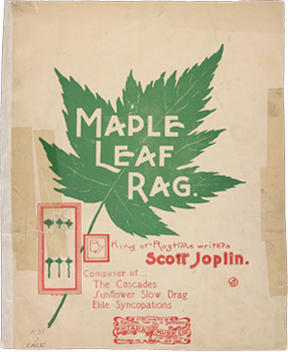 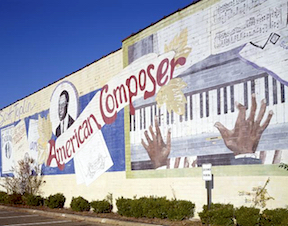